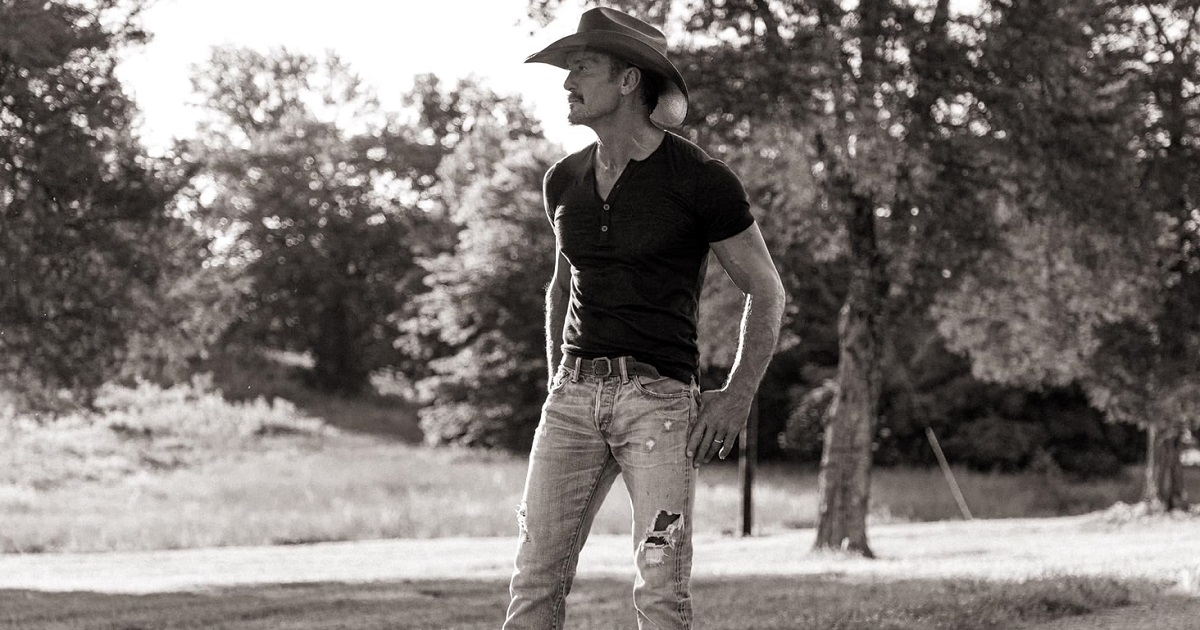 Prior to 2020 and the shutdown due to COVID, Tim McGraw admits that he was ready for a break, “The funny thing is, I’d said for years, gosh, you know I wish I had a year off, I wish I had three or four, six months, a year to just sort of get out of the cycle for a bit and relax and recharge my batteries and all those things.“

Of course everyone knows what happened in March 2 years ago, and while it affected people in many different ways, now some are looking back and in retrospect they’re seeing the positive side of quarantine. Tim reflects as well “When this happened, you think, well you know, all this is terrible and there’s so many hardships for everybody, but maybe the silver lining in it is we get to spend time with our family, I’ll get a little time off, you know those sort of things.“

But like many, it wasn’t long into the period of staying at home that Tim had the feeling he wanted to get out and back to his normal routine, “Sure enough, it wasn’t a month into it, I was like ‘Man, when can I do a show?’ I gotta have that energy and that connection with the fans. There’s something special about a live show between the interaction and the symbiotic relationship that’s created when you play music in front of people.”

Getting back to that energy and connecting with fans is now just a week away, and Tim McGraw is ready to go, “I’m ready to play some music. It’s been six years since I’ve done a solo tour, and the band and crew and I, we’re really excited. We’re in the middle of puttin’ our show together now and the lights and the sound and the stage and the setlist and everything else. We’re really getting fired up.”

Late last year Tim made the calls and assembled his openers by reaching out to Brandon Davis, Alexandra Kay, and Russell Dickerson.

This week Tim met the team in person…

Next Friday, April 29th, Tim, Russell, Alexandra, and Brandon kickoff their 17-show run which will have them on the road thru June.