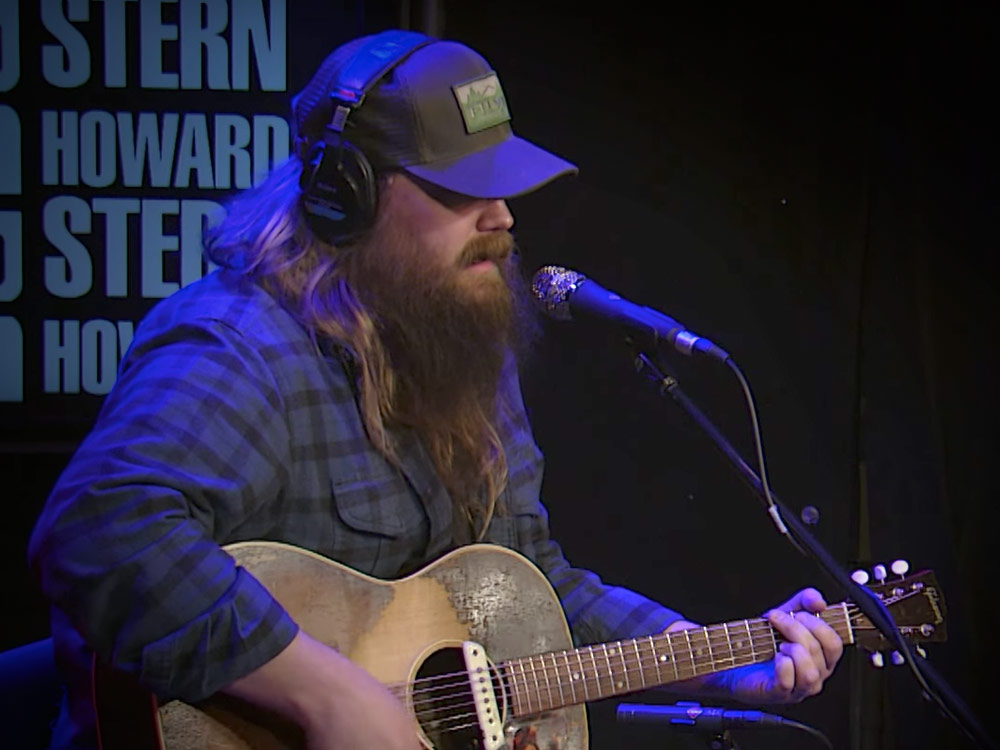 Chris Stapleton was a guest on The Howard Stern Show on SiriusXM yesterday (May 9) to talk about his new album, From A Room: Volume 1, which dropped on May 5. As expected, hijinks ensued from the “King of All Media” and co-host Robin Quivers.

Here’s my favorite excerpt from the interview (which has been slightly edited for flow).

Howard: “The new album is called From A Room. And the reason it’s A Room, which is kind of catchy, you recorded this in the A Room. The studio was called A Room.”

Chris: “Yeah, RCA Studio A . . . a lot of great Dolly Parton tracks were made there, Waylon Jennings, Elvis recorded in there. There’s a lot of history in that room.”

Howard: “Is that necessary? Like, does that kinda get you off that you know, like, Elvis recorded there and Dolly Parton?”

Howard: “I put out an album years ago, but I recorded it at the A-Hole Room. The thing was not a hit, I’ll tell ya that.”

Listen to the full audio clip below.

Chris also performed his new tune, “Broken Halo,” which is featured on the new album.