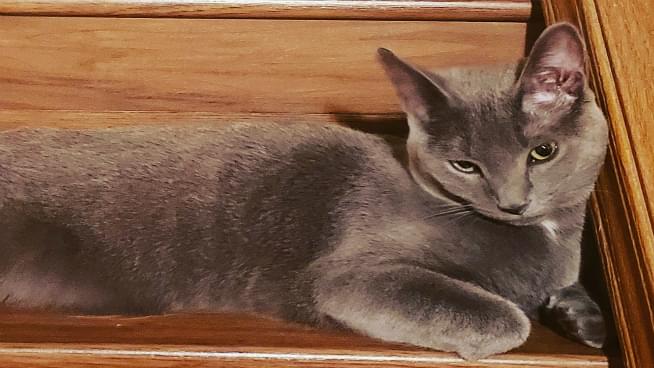 If you saw this face while you were working at home, wouldn’t you think it looks innocent? For my cat, that is usually the case. (The other one has decided to get into some trouble). That was not the case for one man and his cat.

Working from home has many benefits: you can sleep later, there’s no commute, pants are generally optional. But there are a few pitfalls too.

The Stych family’s cat keeps getting in the way so an HR complaint was filed against their “co-worker”.

According to the memo, while Penelope has been great for “workplace morale,” her “continual insistence on attempting to (or succeeding in) shutting off the power strip and computer in the middle of work hours, insistence on stepping on the keyboard during critical company events, and general mayhem has resulted in significant loss of productivity.”

Andrew Stych said he just wanted to cheer up his wife Sheila, who told POPSUGAR, “I love it, and it was well-deserved.”

How are you handling working from home? Are your pets trying to “help”?