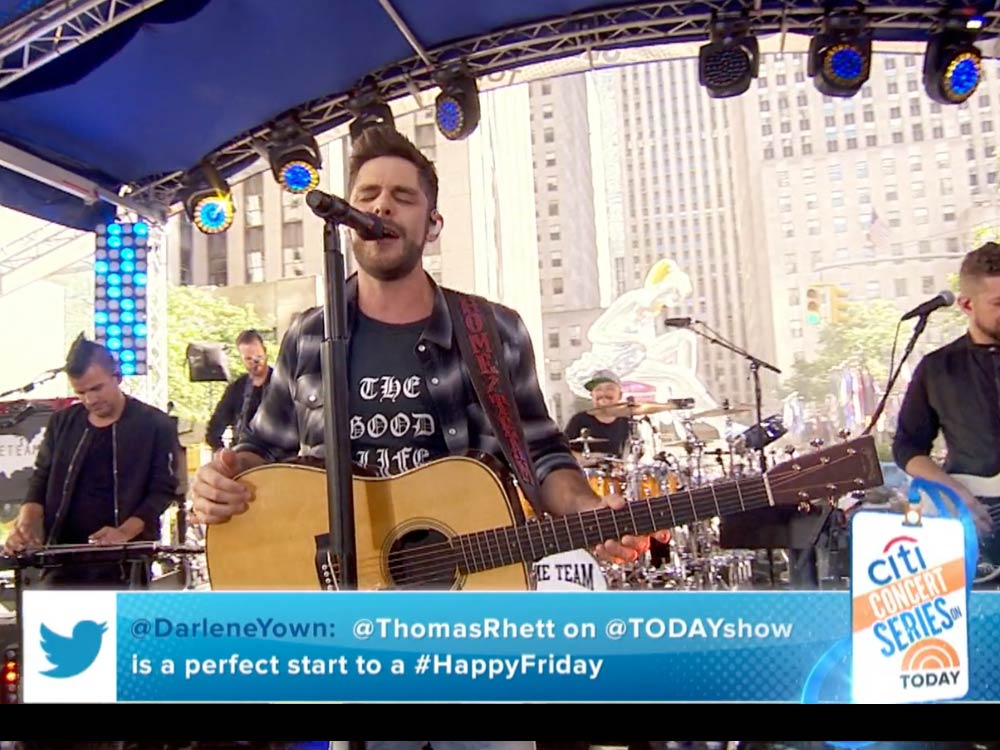 Thomas Rhett stopped by the Today show (June 2) to chat with the hosts and perform on the plaza as part of the Citi Concert Series.

In addition to talking about the recent adoption of daughter Willa Gray, his impending newborn daughter and upcoming new music, Thomas performed a number of songs, including “Die a Happy Man,” “Craving You” and “Star of the Show.”

You can watch everything below, including a backstage interview with Jesse Addy from NASH FM 94.7 in New York City.